Unlocking the Deadlocks? GMOs, Science and the Reform of the Legal Framework

The hydra is in many ways a well-working allegory for the numerous conflicts the EU has been facing in the GMO authorization process, and in particular regarding the complex deadlocks in the authorization of GMOs for cultivation. In the 1990s, heavy pressure at the international level2 caused the responsible EU decision-makers to establish a regulatory framework and the European Food Safety Authority (EFSA) to finally resolve their struggles with the de facto moratorium on GMO authorization. Unfortunately, this solution to the conflicts and struggles with GMO authorization did not prove to be sufficient. Even worse, the EU decision-makers faced what we call the first deadlock. It originated from the continuous bans of GMOs that Member States imposed with the safeguard clause, now in particular on GMO cultivation. As with the Hydra’s many heads which are growing back numerously every time one head is cut off, each time one issue was solved in the GMO authorization process, numerous other problems came up.   When over time the new directive and agency proved not be the solution to the many conflicts and as there was no sign that GMO-opposing Member States would finally stop the banning, Member States from both camps – anti- and pro-GMO – instrumentalised the Commission to end the conflict on GMO authorization. The Commission attempted to do so by drafting a proposal,8 which arguably gave the Member States more freedom in deciding whether or not to cultivate GMOs in their territory. Thereby the Commission expected to accelerate the general authorization procedure for GMOs, as anti- GMO Member States could on the one hand agree on authorization of GMOs at the EU level, but also had the opportunity to ban their cultivation on national territory. Irrespective of the Commission’s attempt to solve the conflict and give the Member States more freedom, the proposal did not succeed in solving the deadlock. It was heatedly debated by EU officials and stakeholders, partly amended by the European Parliament (EP) and has not been adopted yet, as a blocking minority in the Council exists. We label this situation the ‘second deadlock’ – namely the deadlock on the solution of the first deadlock. After a couple of years of silence on this situation, the proposal and the whole deadlock situation suddenly became news again, when the Commission announced the revival of the talks and Monsanto, one the biggest GM producing companies, threatened to leave the European market in 2013. GMO authorization in the EU was never an easy topic, partly because the European public is not very fond of the idea of having GM-food on their table. Therefore, not only the heads of the hydra, but also the hydra itself can be compared to the GMO authorization process. In Greece mythology, the hydra was hated by the public as it murdered the farmers’ cattle at night. Unfortunately, up to now there was no Herakles in the EU, being able to find a solution on how to solve the deadlocks in GM- authorization. As there is no complete solution evident at the moment, we investigate to what extent the two deadlocks might be unlocked, also in light of the high prevalence of the topic in the news. Even though we are aware of the manifold aspects surrounding GM-authorization and cultivation, we aim to provide an overview for a broad scholarly public, not only on how the two deadlock arose and what were the exact issues at stake but also regarding the many heads of the hydra – namely the many issues decision-makers need to take into account – when trying to unlock the deadlocks. After explaining our research approach and methodology, our analysis first provides a general overview on the regulatory framework on GMOs. By describing the problems of authorization in practice, we investigate the first deadlock. Subsequently, some of the Hydra’s heads are cut off by means of analysing whether or not science is the solution to the first deadlock. The fourth section presents the Commission’s proposal to solve the deadlock, which is subsequently analysed on its legal viability regarding EU and WTO legislation. It is then attempted to solve the deadlock, or at least to provide some ideas on how to move a step towards solving it. Before concluding, we embed our proposal in the latest state-of-the-art academic literature. 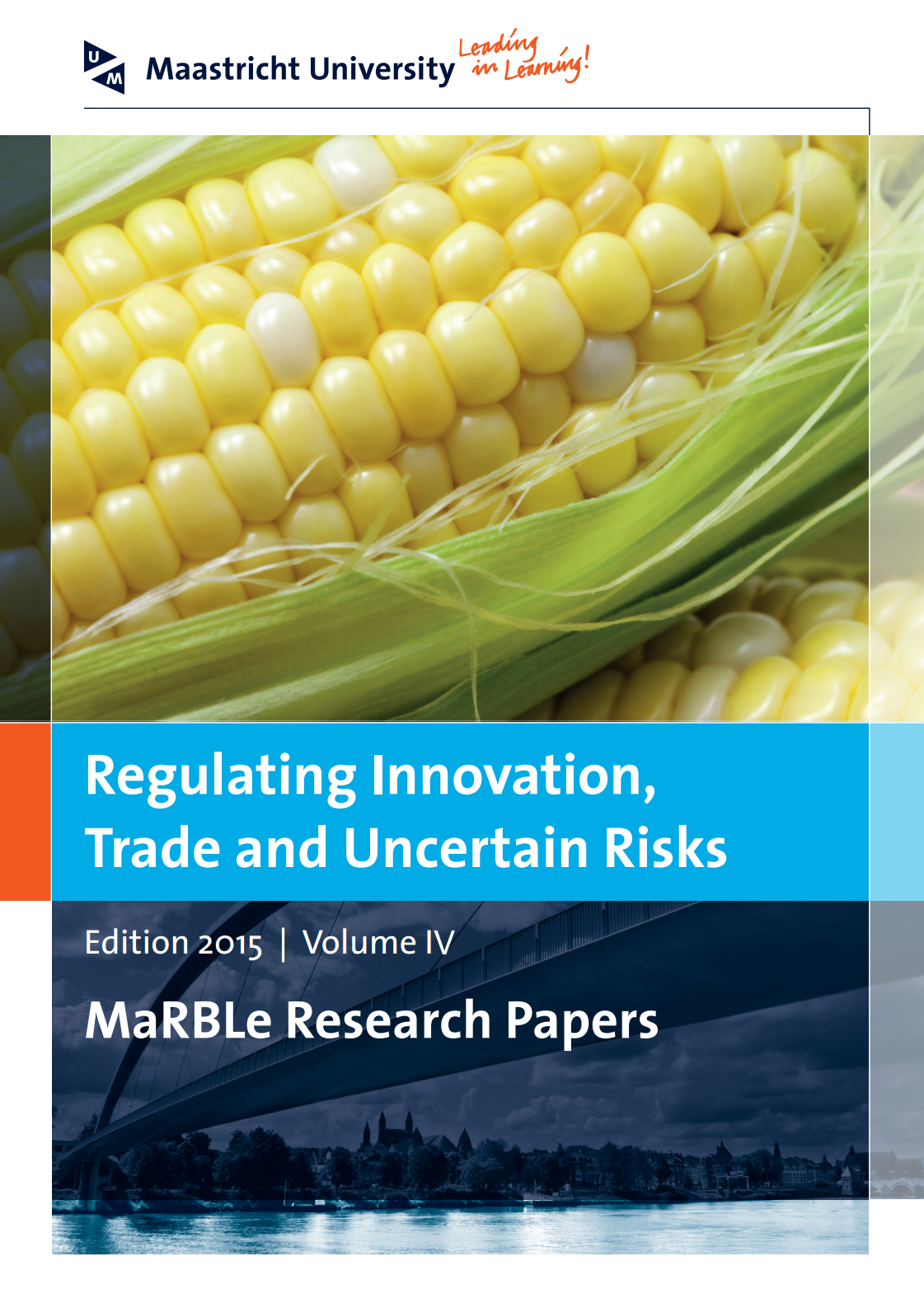